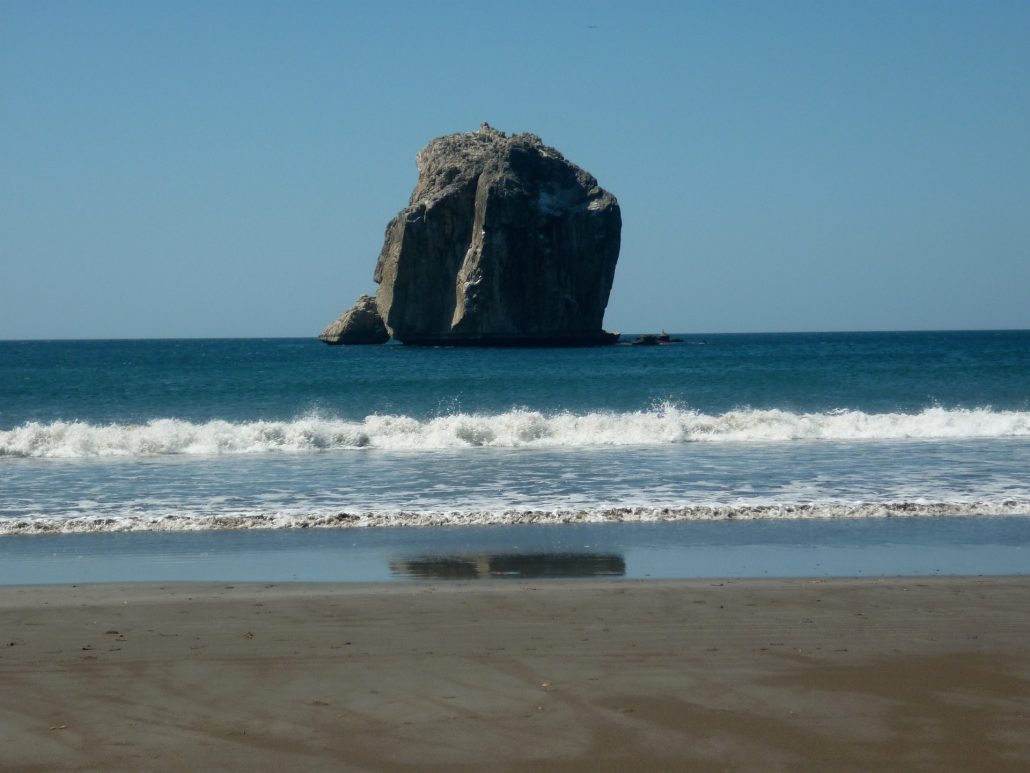 Rough and wild, Santa Rosa is a place where white-tailed deer still frequent drinking holes and the jaguars still meander along parched landscapes. Where one of the world’s last tropical dry forests meet endangered sea turtle nesting sites, where howler monkeys hoot in the tees and bats flutter through the air.

Location: 22 miles north of Liberia; about 2 hours north of Tamarindo 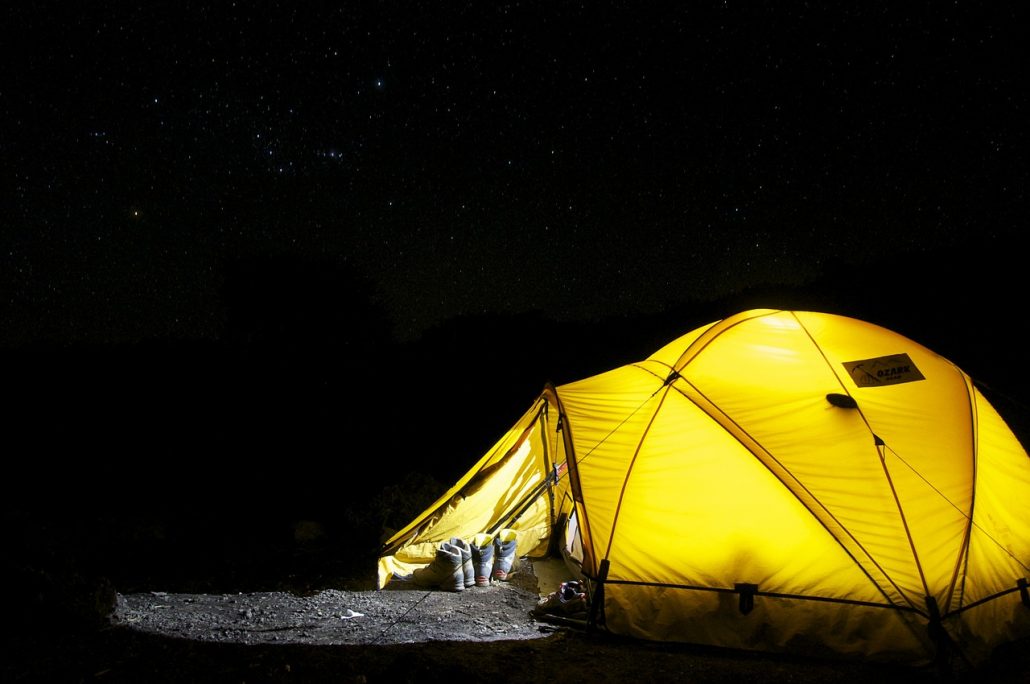 At Santa Rosa, it’s just you, your tent, and the stars

We’ll get into each attraction in more detail, below, but here’s a brief overview of the beauty and adventure that awaits within Santa Rosa National Park:

Historic Sites: In addition to the La Casona Historic Museum, Santa Rosa plays host to a Monument to Our Heroes and stone corrals, both with signage detailing their historical significance.

Playa Naranjo: Ideal for park-goers who also love to surf, camp, and hike, Naranjo Beach offers mangrove forests, hiking trails, campsites, and powder-soft beach – powder-soft beach that opens onto the world-famous Witch’s Rock and Ollie’s Point surf sites. You can have your cake and eat it, too!

It’s no secret that Costa Rica’s national parks are home to spectacular biodiversity and startling beauty, but in Santa Rosa National Park, it’s about even more than meets the eye. More than an outdoor paradise, this park invites you to travel back in time – and directly into the heart of Costa Rica’s historical and cultural heritage.

Consider this bit of national trivia: Costa Rica has been invaded three times by foreign-led forces. All three times, the foreign army was defeated within what is now Santa Rosa National Park. There’s a lot of history here. History, surrounded by vast natural beauty. It’s a pretty sweet coupling, if you ask us!

But let’s get back to the history: This is a story that all Costa Rican schoolchildren know (and all adults treasure). The most important battle to take place in Santa Rosa occurred on March 20, 1856, when the infamous William Walker and his “Filibuster” army were defeated by a small Costa Rican army, who triumphed at “La Casana” and forced Walker out of the country for good.

But not before Juan Santamaría, today Costa Rica’s national hero, lost his life to the cause. And today, “La Casona,” rebuilt and now a national monument and museum, stands as testament to Santamaría and his compatriots’ bravery. 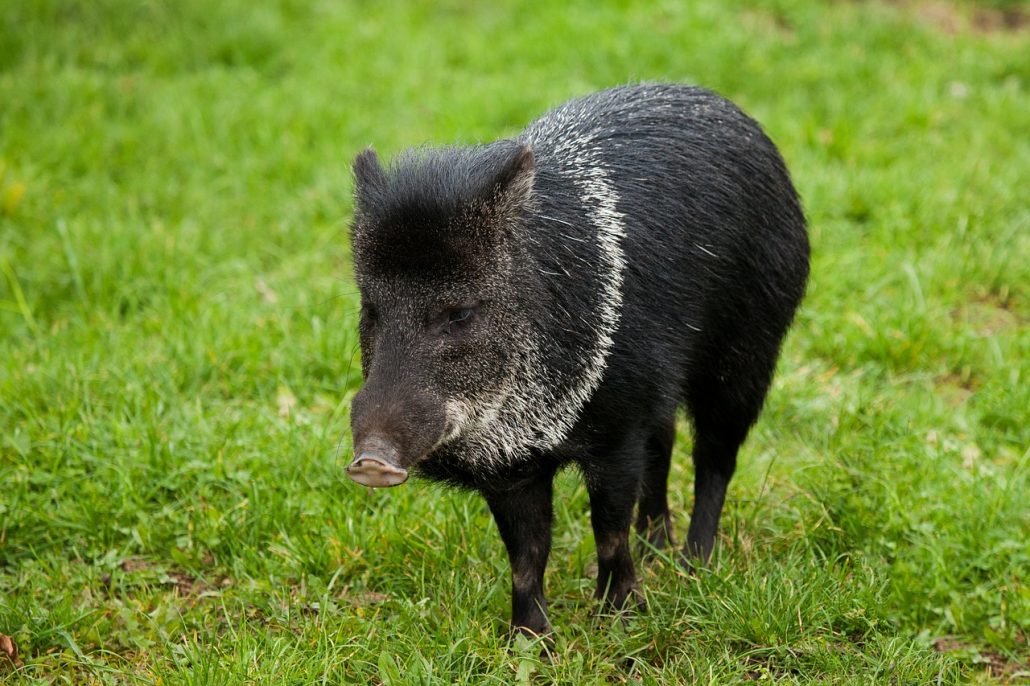 Mangrove forest, miles of beach, and tropical dry forest promise some of the most biologically diverse flora and fauna you’re likely to see in northwestern Costa Rica.

While no wildlife sighting is ever guaranteed, you have a good shot at Santa Rosa, home to 750+ plant species, 4,000+ butterfly and moth species, 100+ reptile and amphibian species, and 115+ mammal species, including howler monkeys, white-nosed coatimundis, white-tailed deer (the national animal of Costa Rica), armadillos, collared peccaries, raccoons, and white-faced monkeys, among many others.

Camping, where allowed,is available for $19 per adult and $9 per child.

Though you can visit all eight stations, they’re contained within three parent sectors: Murciélago, Santa Elena, and Santa Rosa:

Murciélago Sector: Situated in the northwestern-most corner of Santa Rosa, the Murciélago Sector (named after the park’s resident 50-60 bat species) encompasses the Islas station and the famed Bat Islands (boat access only). In this sector, you’ll find potable water and rustic facilities.

Santa Elena Sector: Sweeping down the central part of the peninsula, this sector includes the Santa Elena and Naranjo Stations (including Playa Naranjo). Here, you’ll find a campground, restrooms (including showers), a campground, and charcoal grills. There is no potable water so be sure to bring your own.

Santa Rosa’s vast land area houses several trails, although many are difficult, unmarked, and/or dependent on the weather. Always speak with a park ranger before embarking on any of Santa Rosa’s hiking trails.

The two most traversed trails at Santa Rosa are the Naked Indian Trail and Sendero Nature Reserve Trail. The Naked Indian Trail (Sendero Indio Desnudo) is named after a very unique tree – immediately distinguishable for its peeling bark – while the Sendero Nature Reserve wends and weaves through tropical dry forest (notably, one of the last tropical dry forests on the planet). 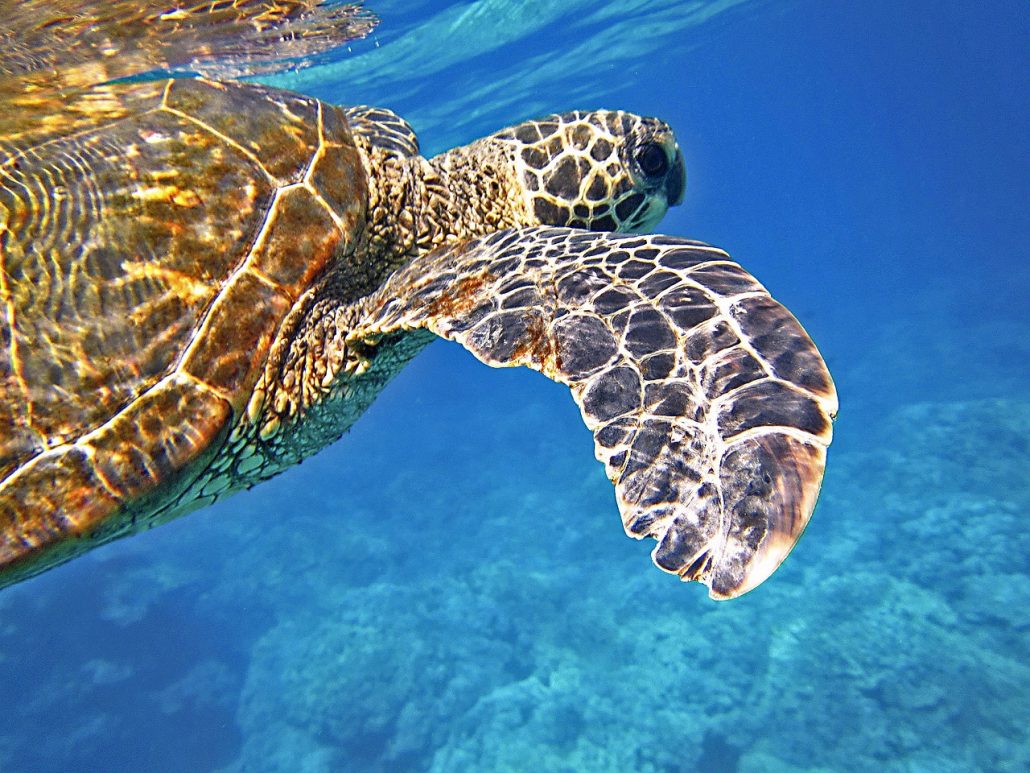 It doesn’t stop there, either. Santa Rosa also surrounds Playa Nancite, an ethereal silver-sand beach and home to olive ridley sea turtles– a species that nests only here, within the national park, and south at Nosara’s Ostional Wildlife Refuge.

Finally, stroll the sands of Playa Blanca, a white-sand beach best known for its stunning seclusion and relatively calm (and crystalline) waters. Truly, this is one of the last isolated frontiers in Costa Rica. We bet you’ll be the only one(s) on the beach!

(Note: Always observe caution when swimming in the ocean. Rip currents can emerge out of nowhere and there are no lifeguards here.)

Santa Rosa is located in the hottest, most arid region of Costa Rica: the dry forest and beaches of the north Pacific. Expect dry conditions, almost every day of the year – you may get a bit of rain in the wet season (April through November), but nothing like in the rest of the country – and temperatures that range from about 80-95ºF.

How to Get to Santa Rosa National Park:

Santa Rosa is a large park with three main sectors. All are around two hours, give or take, from Tamarindo. You’ll need a 4WD vehicle.

From Tamarindo, take Route 155 to Route 21, following signs to Liberia. Once you reach Liberia, follow signs up Route 1 (the “Interamerican Highway”) toward the Hermosa/Coco region and Santa Rosa National Park. Once you reach the park’s main entrance, grab a map and then follow directions to your desired sector.

If you’d like help arranging a trip to Santa Rosa National Park, rental 4×4 (required, if you’re driving), private transport, please get in touch with our concierge, Cris! Her services are free and we promise, she’ll hook you up with the best option to match your Santa Rosa adventure style.