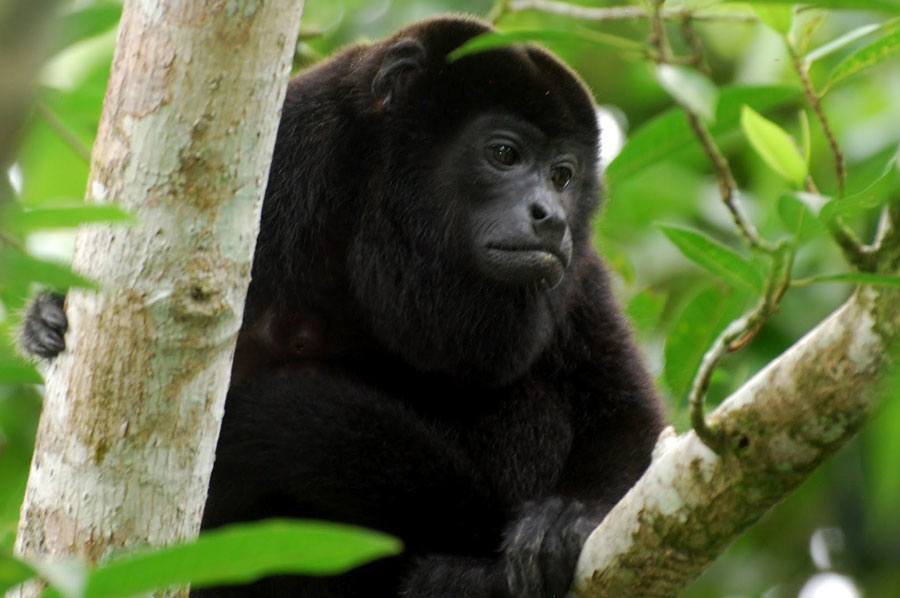 Costa Rican wildlife is so varied, it’s impossible to narrow it down to the top 5!

Hey Africa, you may have the Big Five of safari wildlife, but Costa Rican wildlife is pretty impressive, too! From gargantuan reptiles, to startlingly-hued amphibians, to smiling sloths, our “Big Five” will delight your mind and dazzle your camera lens.

Admittedly, it’s difficult to narrow down Costa Rica’s animal species to the Top 5. Impossible, really. So much so, that we’re going to wimp out and call this a Big Five. The country’s wildlife is simply too diverse to narrow it down to just five must-see species. So, we’ll start with these. But, we guarantee, we won’t be able to stop here. More amazing animals, to come! 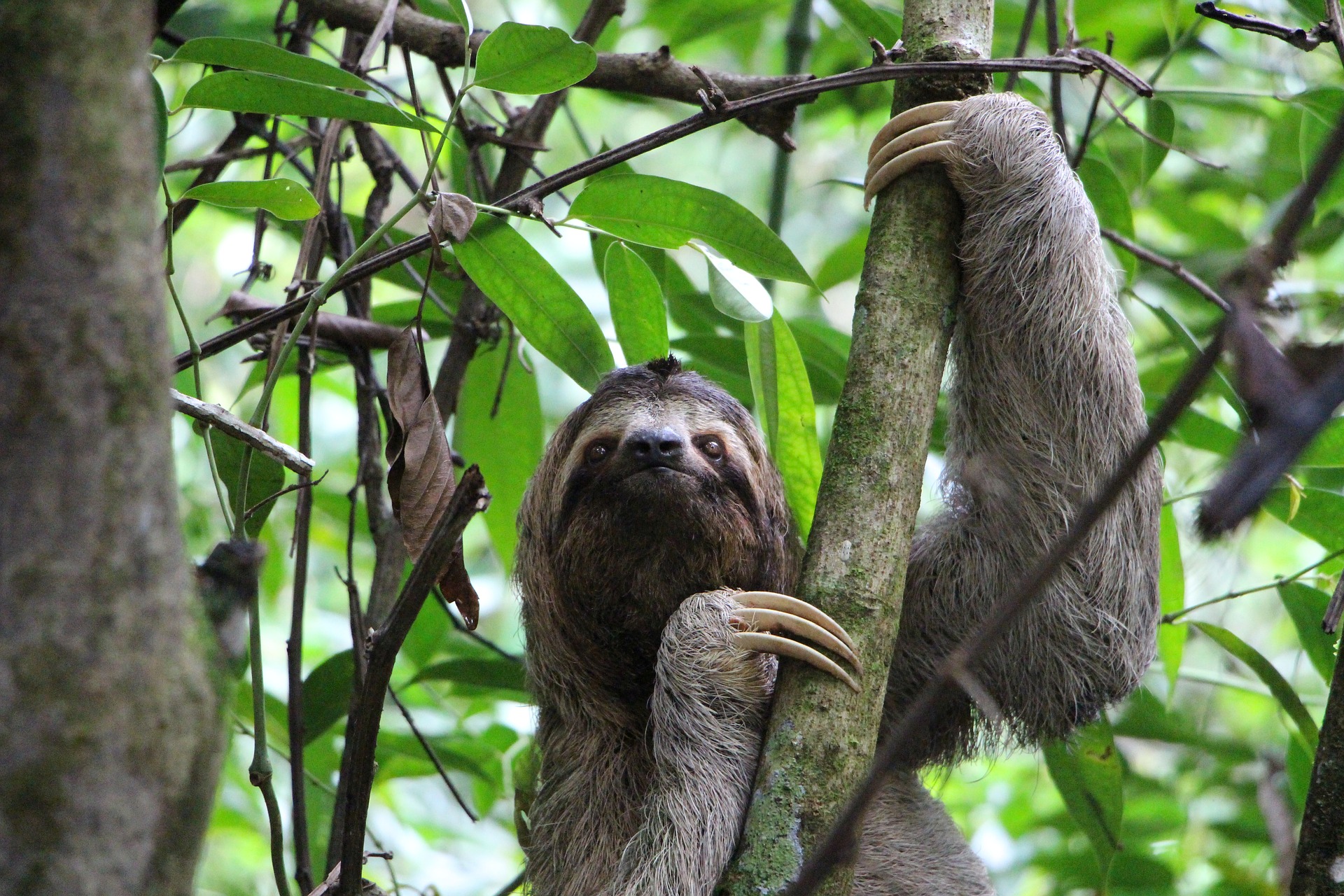 One of Costa Rica’s two sloth species, brown-throated three-toed sloths are the adorable (and docile) owners of the iconic “smiling” sloth face. Named for their unhurried pace – the genus Bradypus means “slowness of foot” – Costa Rica’s three-toed sloths spend most of their hours upside-down (they even give birth inverted!) and are not so much lazy as they are a victim of their slow metabolisms: in the world of a sloth, it can take more than a month to digest just one leaf!

Where to find them: Brown-throated sloths prefer primary and secondary forest, although you will occasionally find them roadside (or even making their way across the road). As far as Costa Rican wildlife goes, your best chances of spotting three-toed sloths are in Tortuguero, Puerto Viejo, and Manuel Antonio south through the Osa Peninsula. 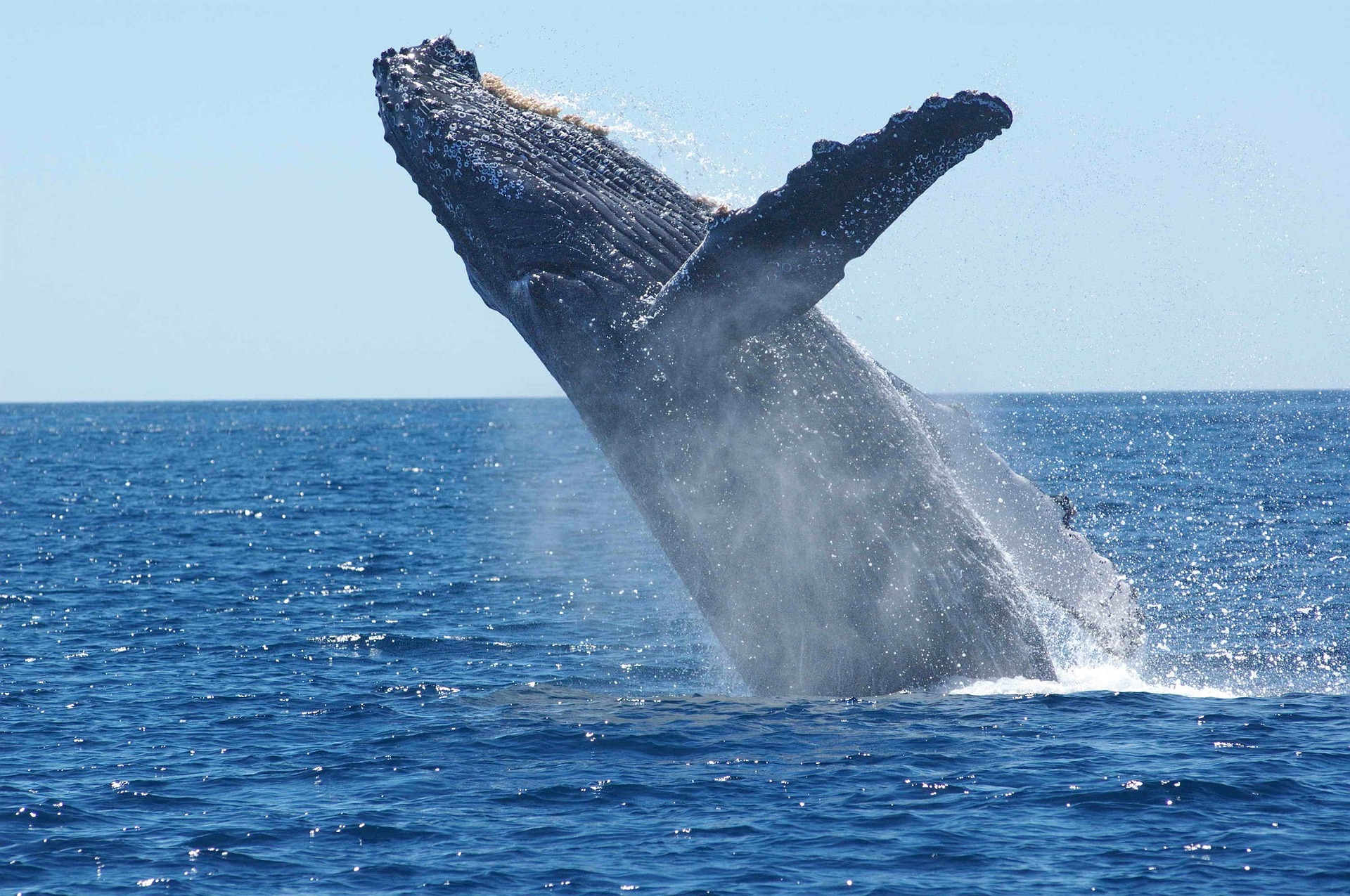 You can spot humpback whales just off Tamarindo’s coast

Approximately 25 dolphin and whale species either live in or migrate through Costa Rican waters. Of those, one of the most iconic (and impressive) is the humpback whale. Part of the reason: Costa Rica hosts the longest humpback whale-watching season in the world, thanks to the overlap between north-migrating South American humpbacks, and south-migrating North American whales. These long-living sea mammals grow up to 40 tons (80,000 pounds!) and can eat up to 1.5 tons of krill (small crustaceans, similar to shrimp) a day. Yum, yum!

Where to find them: For the most part, Costa Rica’s southern Pacific takes the crown – it’s the epicenter of the planet’s longest humpback whale season – but you’ll have a good chance of spotting the sea giants anywhere along the Pacific coast, including right here in Tamarindo! 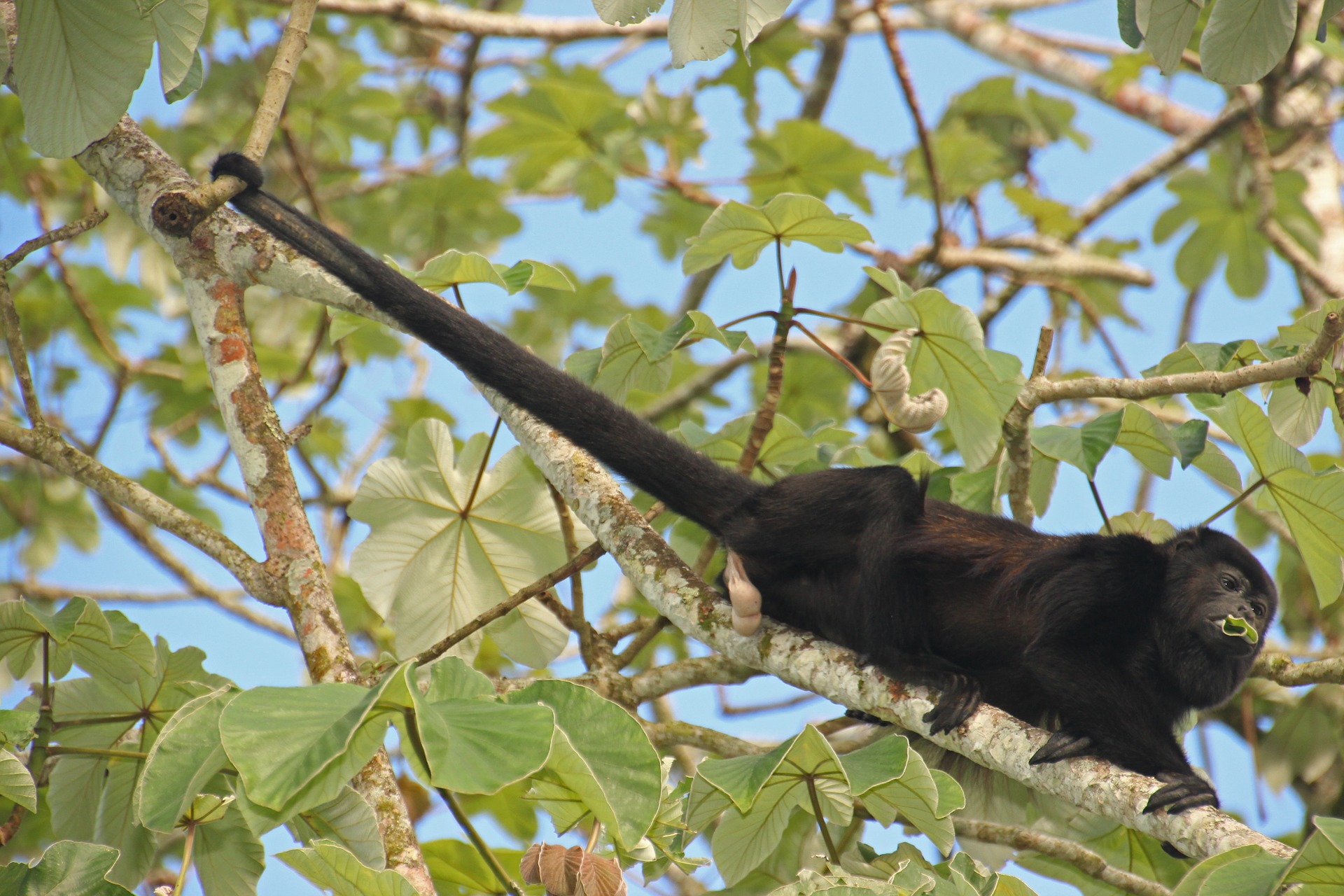 The “Costa Rican alarm clock” is one of the most recognizable animals on the planet – but not for its appearance! Indeed, the mantled howler monkey’s claim to fame is its throaty, grunt-like howl, which can travel up to three long miles, often around sun-up, hence their nickname. Their characteristic vocalizations help howlers communicate within their troop, mark territory, and challenge their rivals. You’re free to try to mimic it but beware – howlers are known to throw feces at their foes!

Where to find them: Howler monkeys are most often found in Costa Rican lowlands and rainforests, and are common throughout the country. You’ll have good luck finding them here in Guanacaste, especially in the dry forests of Santa Rosa National Park and around the Tamarindo estuary.

Once endangered and now vulnerable, the incredible leatherback turtle is the world’s largest sea turtle and the fourth-largest reptile in the world (second only to three crocodilians!), at six feet long and up to 1,500 pounds. Indeed, the “Earth’s last dinosaur,” which has already outlived the last dinos by millions of years, is a study in superlatives: it swims deeper than any other air-breathing animal (including whales, Emperor penguins, and seals!) and dives up to 3,900 feet, where the pressure reaches an incredible 120 times that of Earth’s atmosphere.

Where to find them: There’s no better place to spot leatherbacks than at our own Las Baulas National Marine Park, one of the most important leatherback turtle nesting sites on the planet! 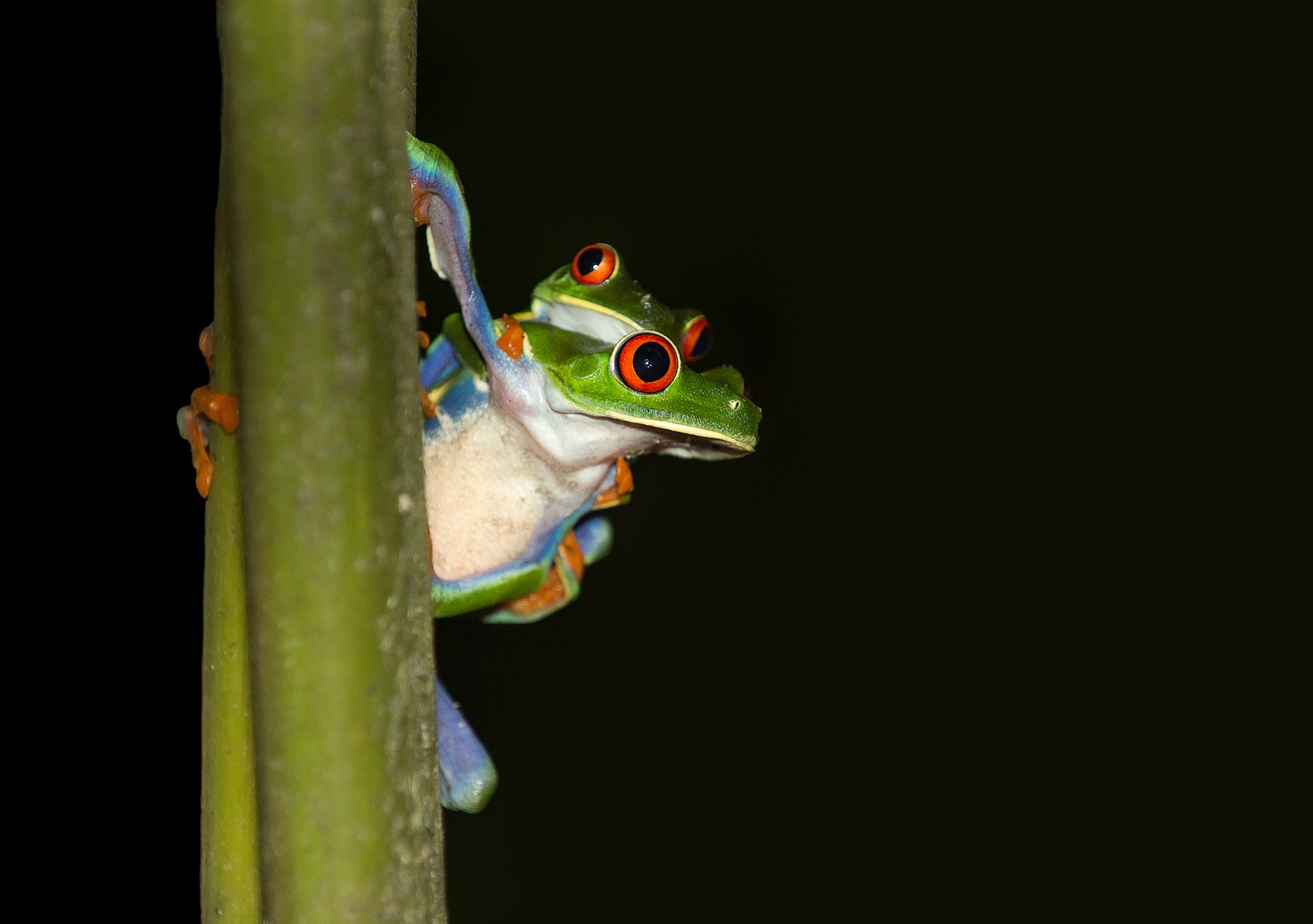 And the adorable award goes to… Costa Rica’s red-eyed tree frog! Also known as the red-eyed leaf frog or gaudy leaf frog, this rainbow-colored, big-eyed, sticky-tongued amphibian is an excellent jumper and is arboreal, so you’ll have to look up to find one. When you do, don’t be surprised if this delightful specimen suddenly flashes some color; as a non-poisonous frog, its startling color is the only defense this species has against avian and reptilian hunters.

Where to find them: You’re in luck! Red-eyed tree frogs are common throughout Costa Rica, especially along the central Pacific coast, Monteverde Cloud Forest, and Tortuguero National Park.

Now you tell us: What animal(s) can you not wait to see when you visit Costa Rica?