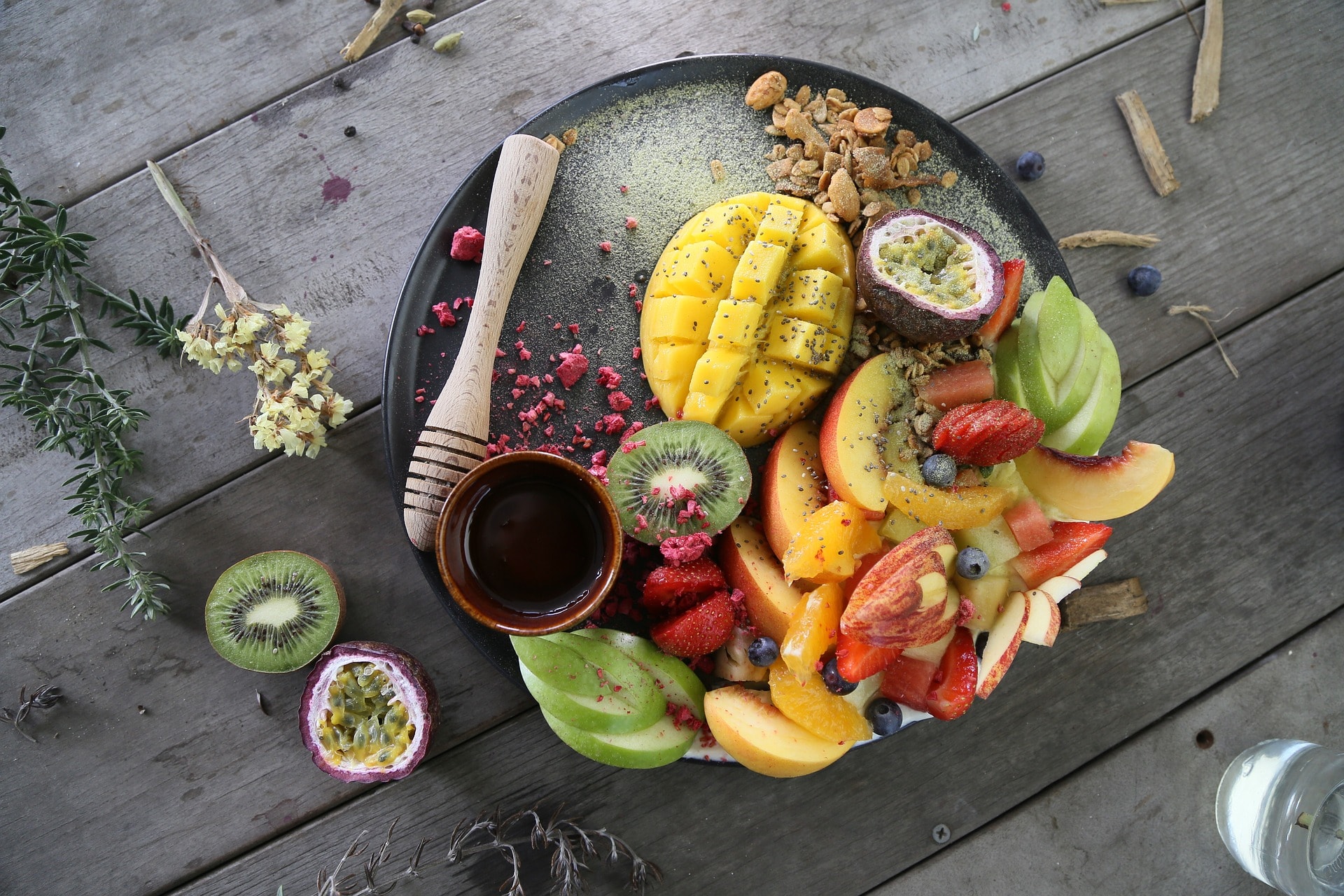 Some of our favorite Costa Rican fruits are exotic, delicious, and colorful!

We’ve touched on a few local foods we think everyone must try while in town, but we thought the last item on our list – Costa Rican fruits, oh glorious fruit! – deserved a bit of extra mention. Because our fruit is on a whole. other. level. It’s spectacular. 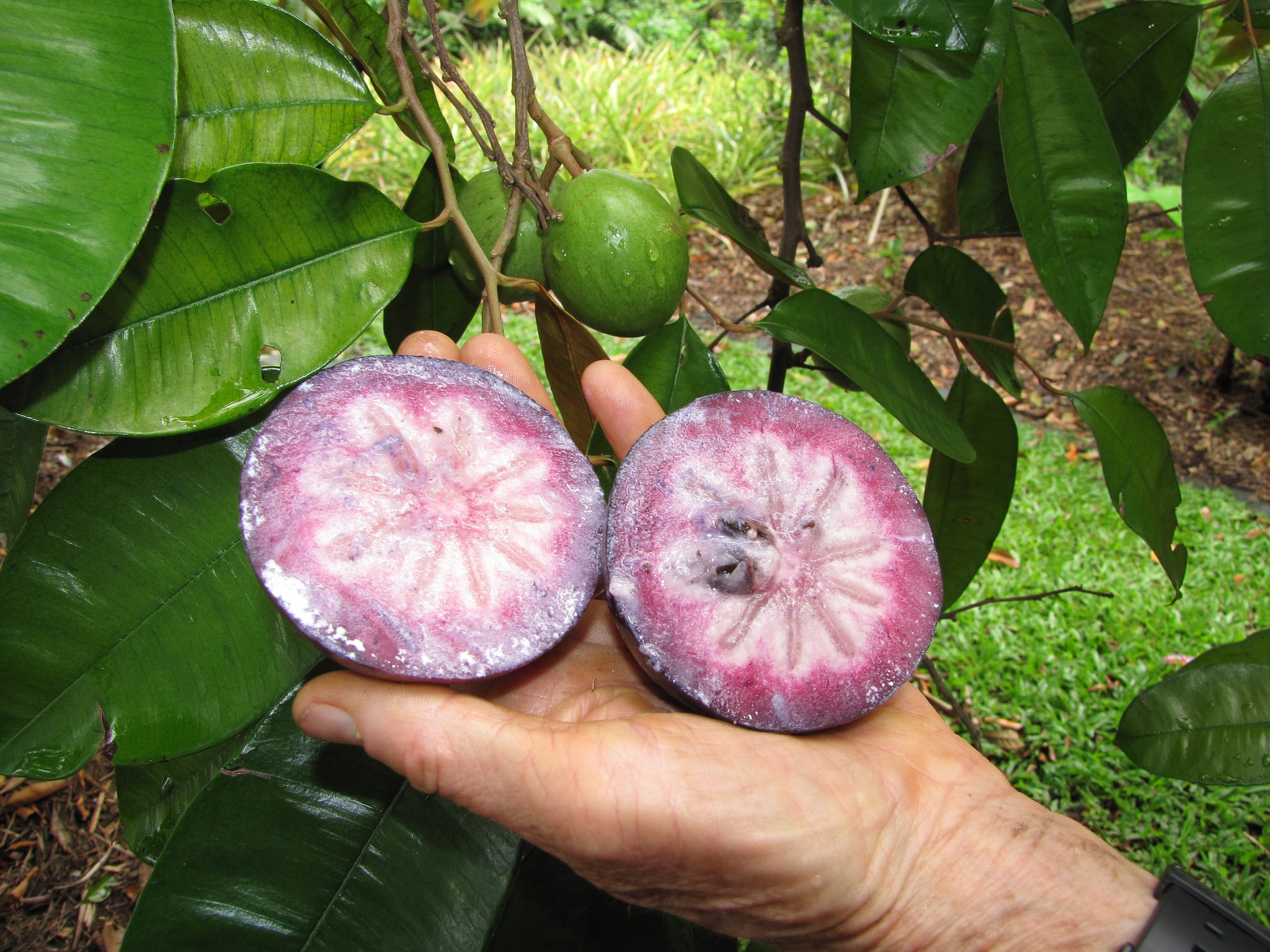 Purple on the outside and white on the inside, caimito is one of our favorite seasonal Costa Rican fruits. Earning its name from its apple-sized exterior and, once cut, star-shaped fruit, this sweet treat features a milky, sweet and creamy flesh: thanks to a high water content, this fruit has a satisfying consistency similar to soft-serve ice cream. As for flavor, it’s almost impossible to describe: a little bit mangosteen, a little bit persimmon, a little bit apple and alllllll delicious!

Peak Season: Year-round (or nearly so) 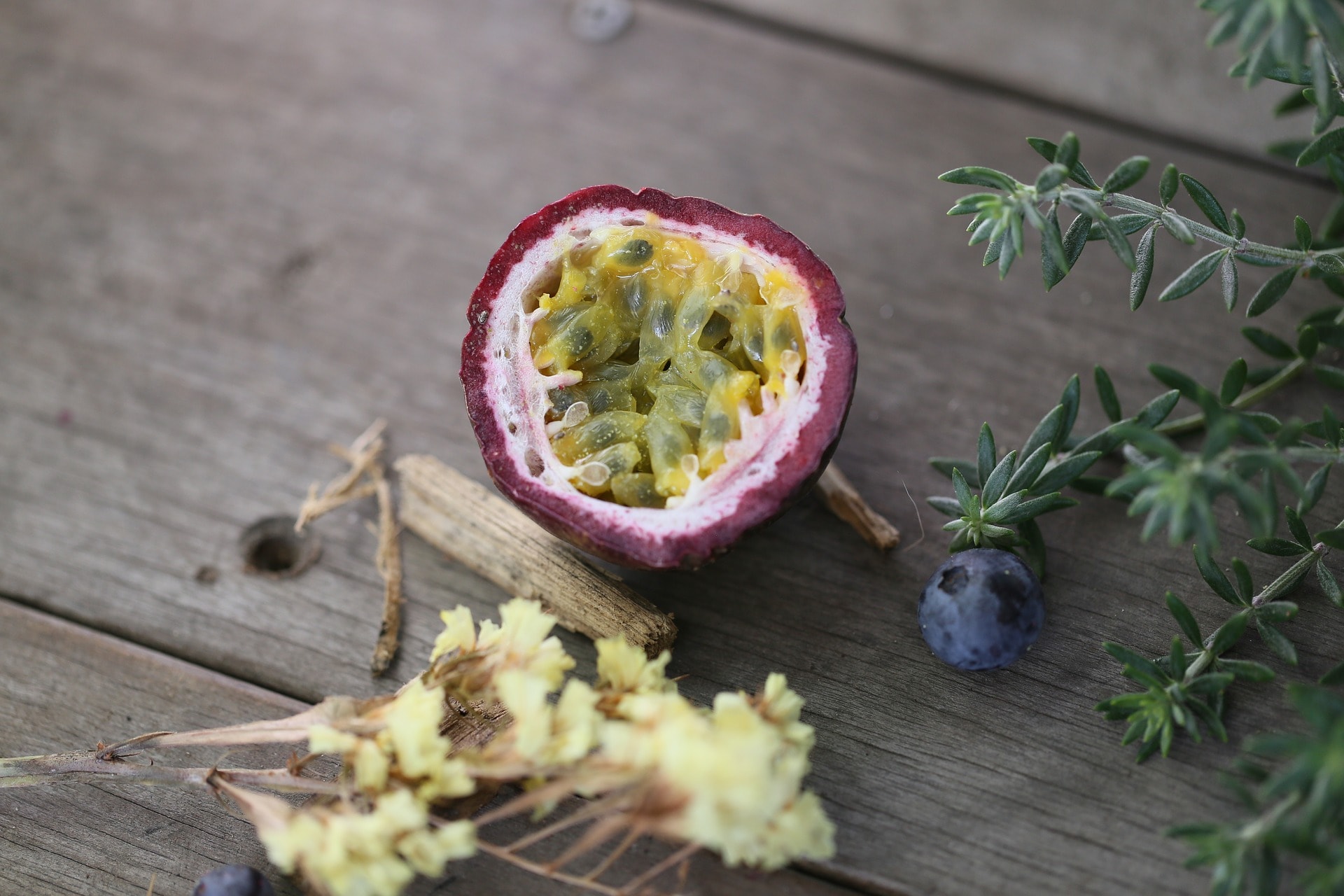 There are several types of passion fruit in Costa Rica

We have a special place in our hearts for passion fruit, available locally in its sweet iteration (granadilla), for eating with a spoon, or its tarter version (maracuyá), to blend into a refreshing juice. Both consist of a baseball-sized yellow fruit with a slightly crunchy shell, and inside reveal a pack of edible seeds coated in fruity jelly. It’s not the most beautiful presentation but it’s worthy of its name: this delectable fruit will inspire passionate fruit binges. 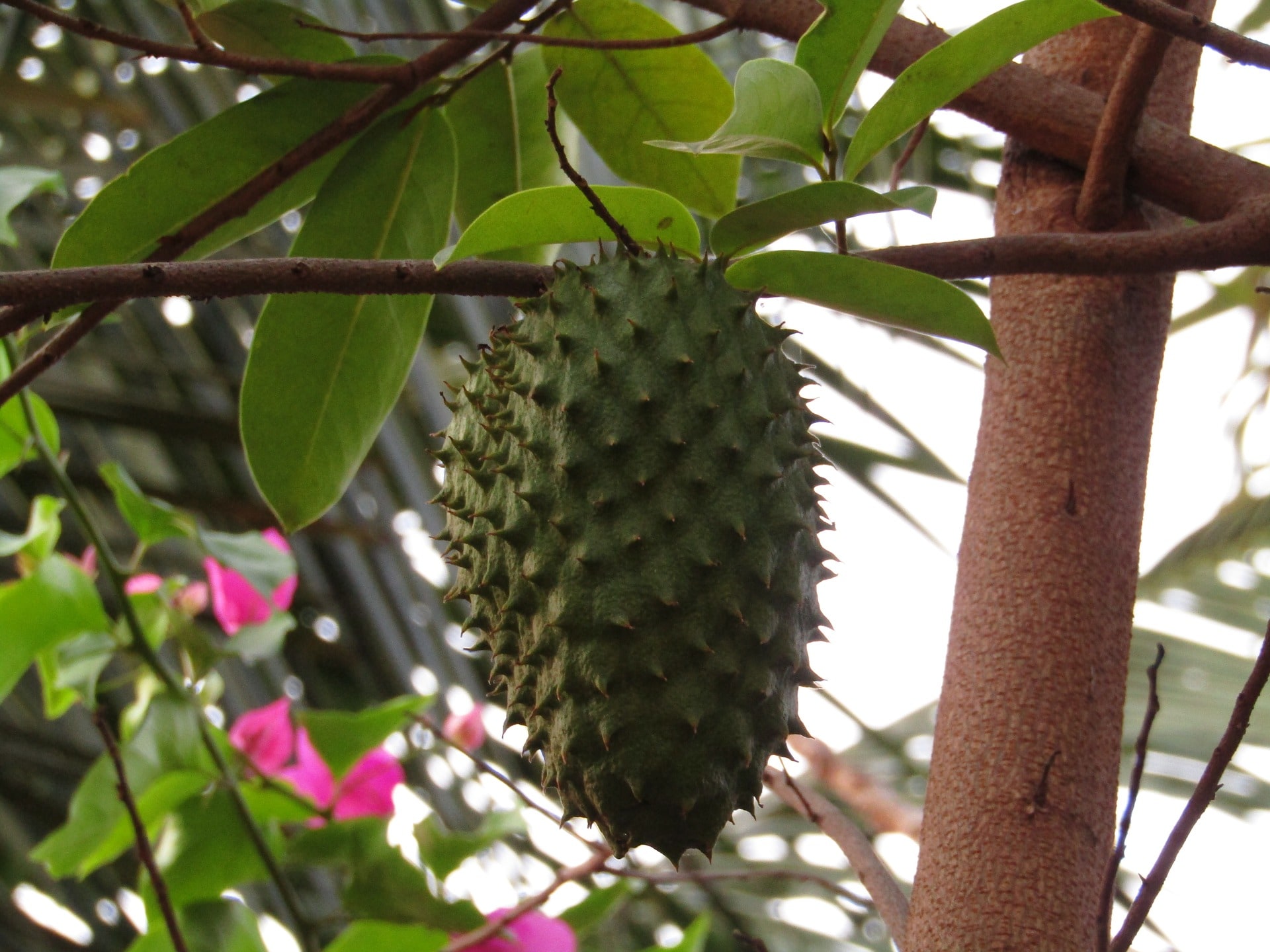 Guanábana may look like a gnarly sack of pulp, but this spiky, creamy, and spectacular fruit tops our list of most consumable, most delicious, most can’t-miss Costa Rican fruits. If you bought it whole – or, more likely, in presentations of sliced sections – you’d cut it open to remove the self-sectioned patches of silky white flesh a bit reminiscent of overripe pineapple. (Make sure not to eat the seeds.) That said, guanábana is most often served as a sweet juice (in water or milk) with a flavor similar to pineapple-coconut ice cream. Trust us – don’t miss this one! 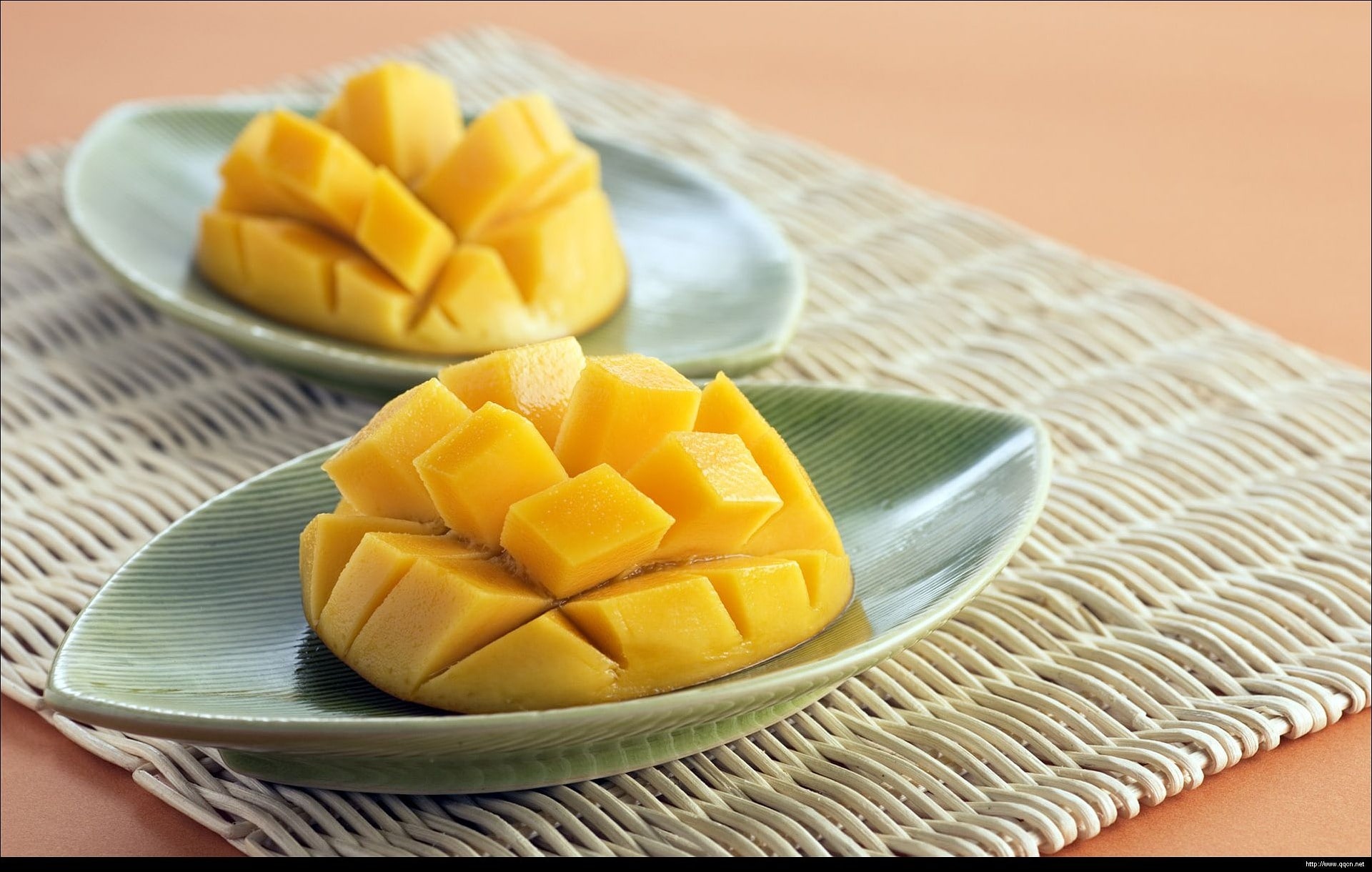 Costa Rican mango is in a class of its own

You may think you’ve had mango before, but you’ve never had Costa Rican mango in season, picked right off the tree. It’s borderline life-changing: velvety, sweet, deeply orange, and so juicy it’ll run down your chin and arms. In Costa Rica, there are several varieties of mango to sample, from manga tommy, with its orange-red flesh and tangy flavor, to mango mora (a personal favorite), a small fruit with a reddish-purple skin.

Tart tip: Skip the sweet stuff and try mango verde, sliced green mango with a squeeze of lime, a dash of salt and, if your palate permits, a sprinkling of hot chile pepper. 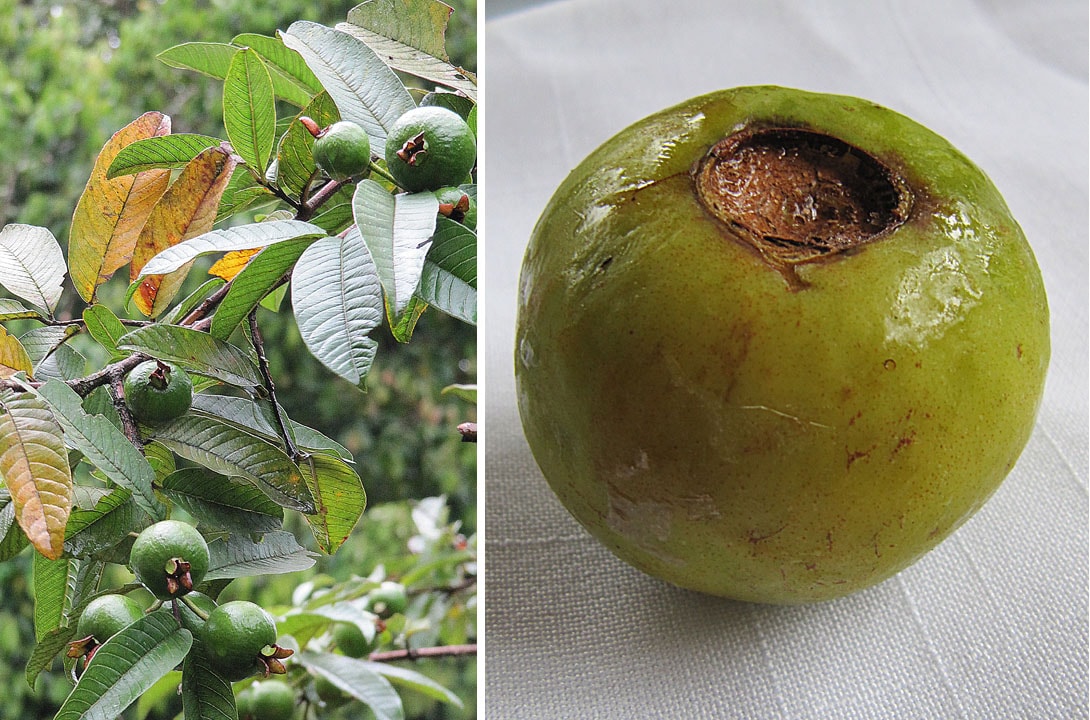 Tart cas is as refreshing as a cold lemonade | By Dick Culbert from Gibsons, B.C., Canada (Psidium friedrichsthalianum, the Wild Guava) [CC BY 2.0 (https://creativecommons.org/licenses/by/2.0)], via Wikimedia Commons

Cas is not a very pretty fruit but it’s supremely tasty: Think grapefruit with a dash of lemon – if that grapefruit had the texture of a grainy apple. We know, you’re not hooked on that description! But, give cas a try. It’s almost exclusively served as a blended drink and, on a hot day, can be as refreshing as an ice-cold lemonade. 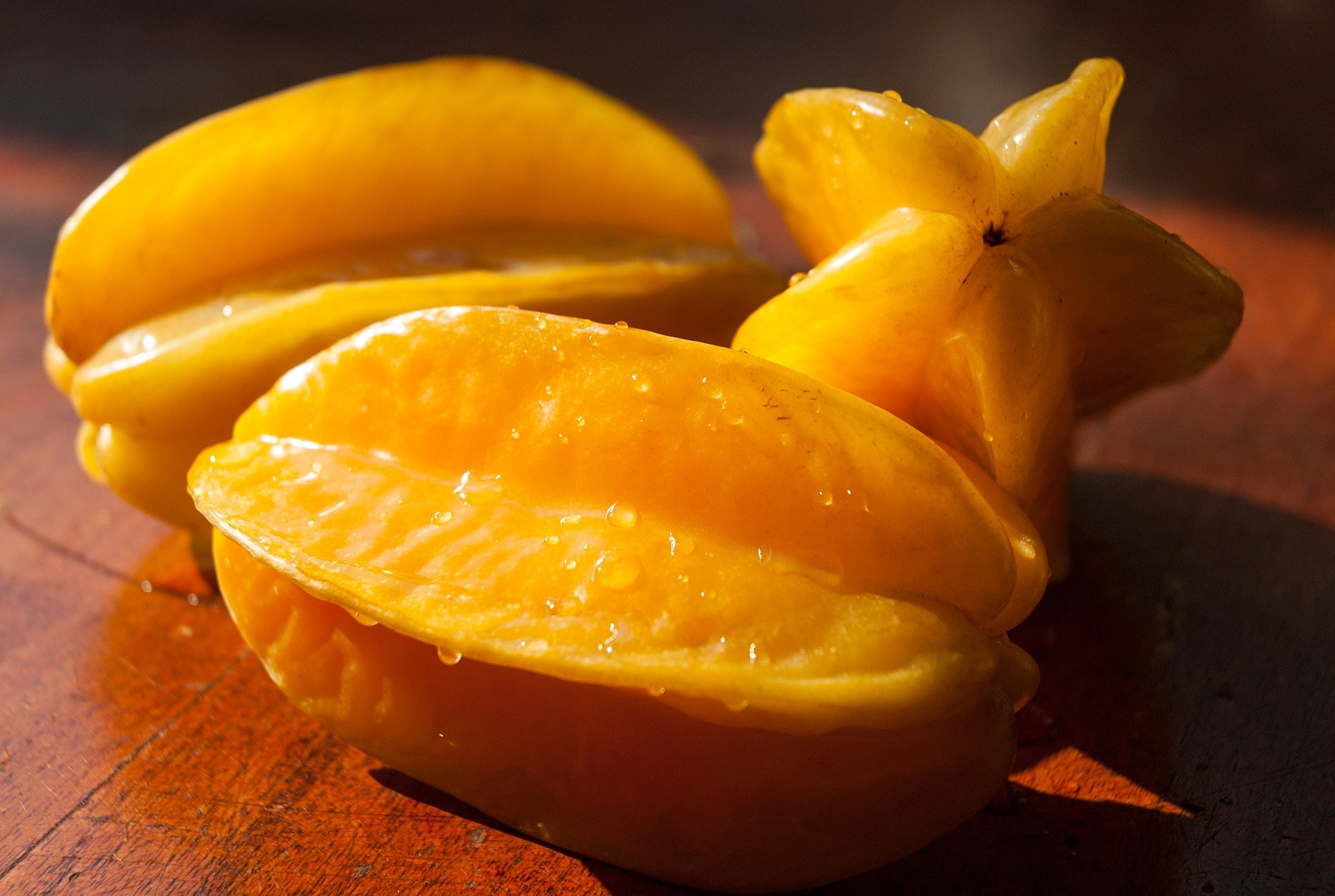 You may have found starfruit in grocery stores back home, but the Costa Rican variety is something else entirely. Though carambola ranges from tart to sweet, you’ll most often find the slightly sour version in our local markets. While you can slice it into salads for a tart little kick (and star-shaped detail), we recommend going full Costa Rican and blending it into a foamy, semi-sweet juice that offers the perfect refreshment on a hot afternoon. 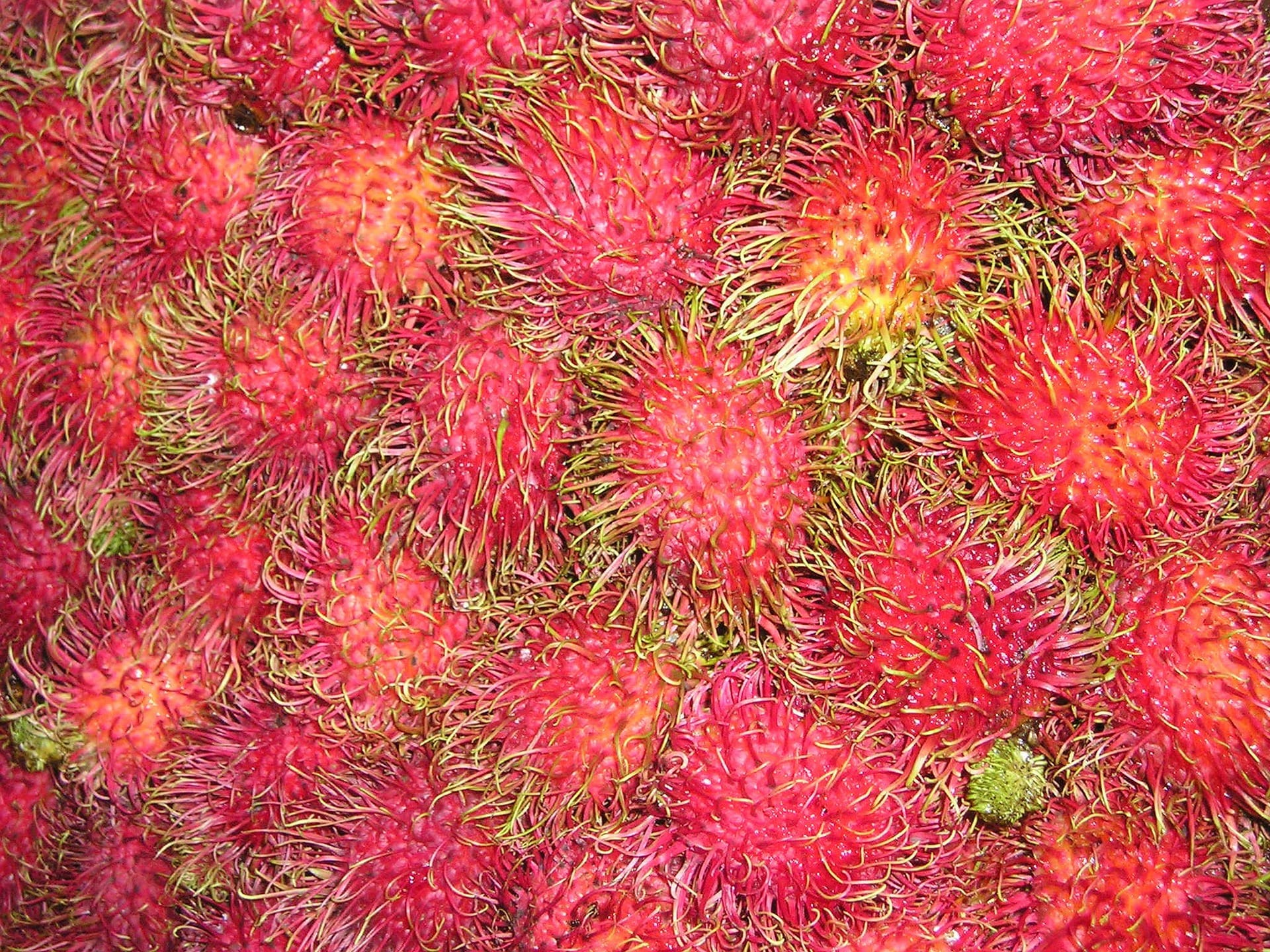 Rambutan looks rough but it’s one of the sweetest treats in Costa Rica!

Mamón (lychee) and mamón chino (rambutan) may look completely and totally different on the outside – the former is smooth and green while the latter is red and spikey – but on the inside, these two fruits are very similar: slick, mild, slightly tart-yet-sweet, and substantial, very similar to a peeled grape (with a large pit in the center). To eat either, simply crack it open (with teeth or fingers) and suck the flesh off the pit. We recommend buying at least a half-kilo, otherwise  you won’t want to share. They’re addictive!