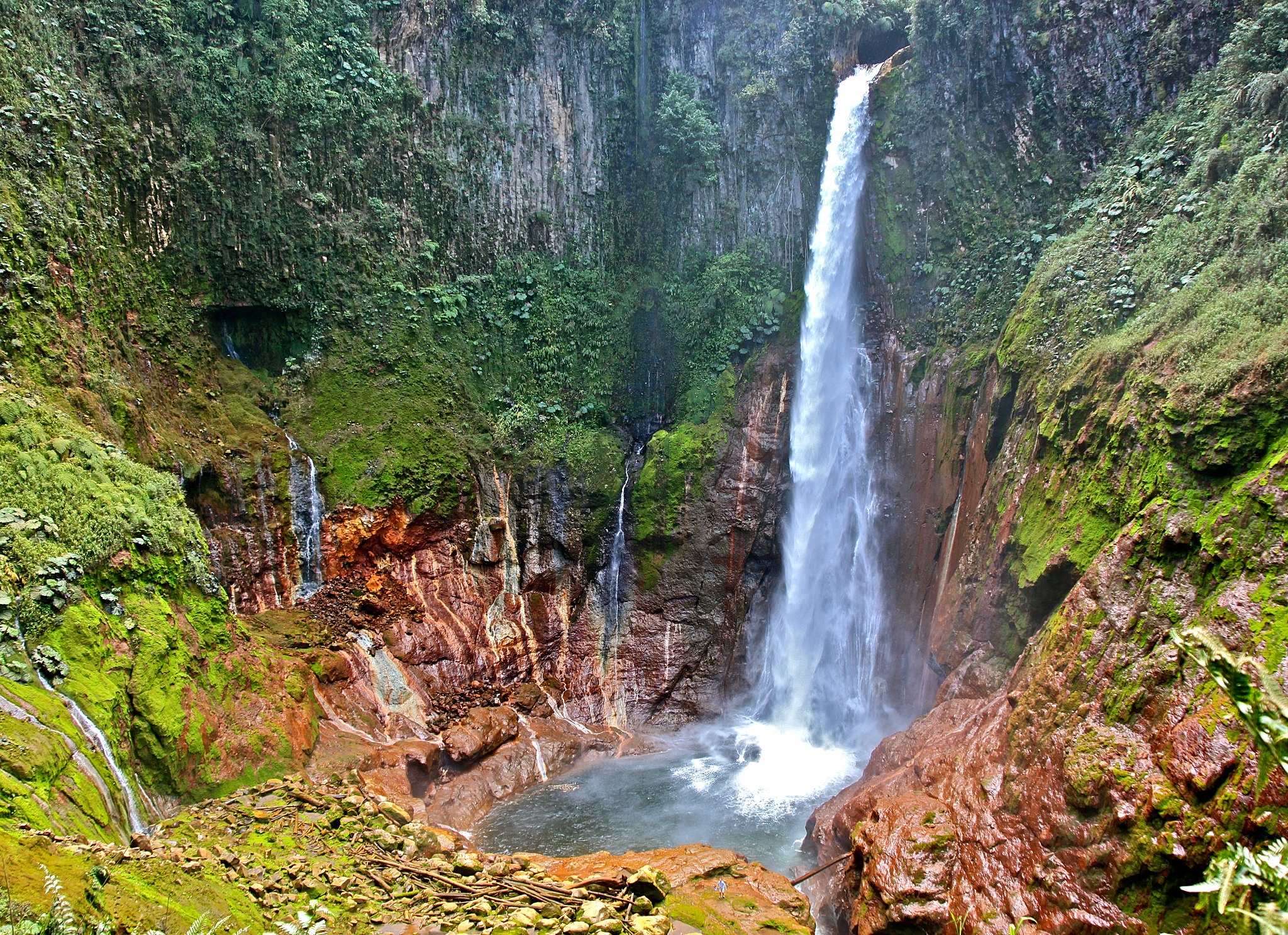 You are here: Catarata del Toro, one of our favorite Costa Rican attractions | By Steve Jurvetson [CC BY 2.0], via Wikimedia Commons

We off-the-beaten-path kind of travelers are kindred spirits: We feel an intense need to infuse our travels with at least a few unique sights, authentic experiences, and no-one-else-did-that check lists. That’s just how we roll. Luckily, when it comes to Costa Rican attractions, we’ve been there, done that – we’ve both traipsed the tourist trail and forged our own path, zig-zagging the entire country in the process.

Along the way, we’ve discovered more than a few awesome destinations. And, no matter how many times it happens, we’re always surprised when we’re the only (or almost-only) ones there. How can so few want to hike this trail, or swim under this waterfall, or boat this canal? It’s a conundrum, but one we’re glad to be on this side of.

Mind you, we’re not talking about best-kept secrets; we’re staying firmly on the beaten (albeit sometime dirt-road) path, but taking you to a few less-common Costa Rican attractions that have climbed onto our favorites list. We won’t pretend we’re the first ones to make these recommendations, but we will encourage you to go. Like, really. If you can fit all seven into your trip, do it! We promise – your resulting Costa Rica travel tales will be like nothing like the same old stories other travelers tell!

Blah, blah, blah – all that talk of no “best-kept secrets,” and here we are kicking off the list with what many would consider exactly that: Guaitil, a traditional village home to the descendants of ancient Chorotega artisans.

So, what makes Guaitil so special? Pottery! Gauitil has long been home to Chorotega artisans – master craftsmen who draw on more than 5,000 years of tradition, including sourcing clay from the earth, mixing it with sand and dirt, and then blending the mixture with their feet to property consistency.

They also make all-natural paints from the local red, white and black volcanic rocks; they spin their works on a manual pottery wheel, shaping each piece with dried gourd shells and corncobs; and then dry their pottery alternately in the sun and in a wood-fired oven. In other words, this pottery is made exactly as it was 5,000 years ago.

Except today, you can watch them do it! Take a day trip to Guaitil – it’s just 45 minutes from Tamarindo! – and visit Gauitil pottery studios, meet the artists, watch the potters at work, and even take pottery lessons yourself! 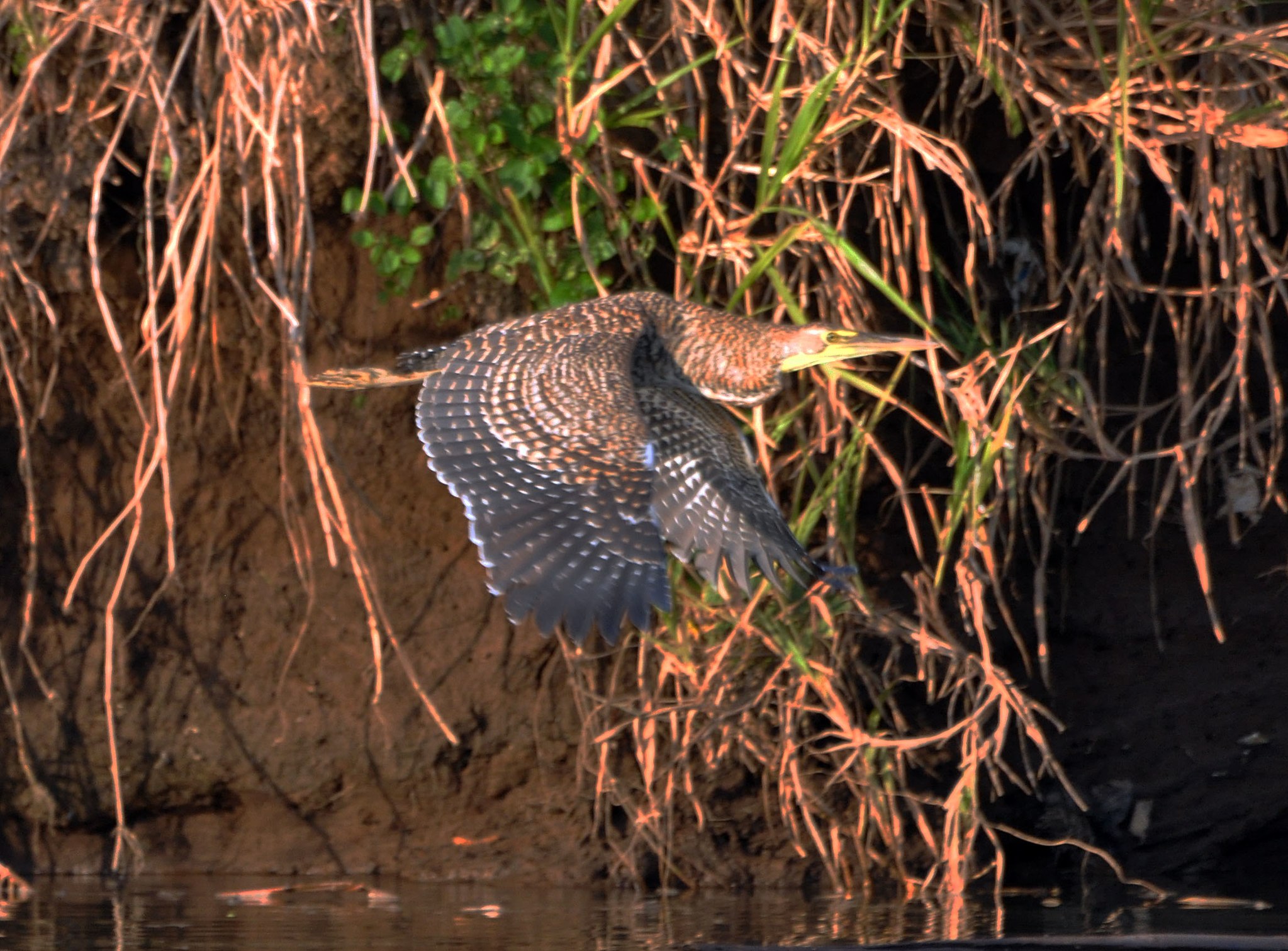 Bare-throated tiger herons are just one of 375+ bird species you can spot in Palo Verde | By Don Faulkner (Bare-throated Tiger-Heron) [CC BY-SA 2.0], via Wikimedia Commons

If you have even an ounce of casual bird-watcher in you, then you owe yourself a visit to Palo Verde National Park, a 45,500-acre park just two hours from Tamarindo and home to Guanacaste’s most important watershed and 15 spectacular habitats, ranging from limestone hills and sun-parched savannahs, to mangrove forests and saltwater ponds.

But enough about that – you’re here for the birds! And birds, you will certainly see. More than 300 different bird species have been spotted at Palo Verde, numbering up to – wait for it… – a jaw-dropping 250,000 birds in residence. Beyond your standard ducks and egrets, you’re likely to spot ibis, storks, grebes, spoonbills, and several kinds of heron, including green herons, boat-billed herons, bare-throated tiger herons, and great blue herons. This is also your only chance to spot scarlet macaws in the area, as Palo Verde is home to Costa Rica’s only native colony in the dry Pacific.

Pro Tip(s): The best [and almost only practical] way to see Palo Verde is on a boat tour, which takes a few hours. Reserve your visit for the dry season (December-April), when most migratory birds are in residence and the park is fully accessible. (Palo Verde floods during the rainy season.)

Costa Rica may be synonymous with adventure travel but often, it’s adventure of the manmade variety: canopy ziplines, hanging bridges, parasailing – all great fun, but not the back-to-nature kind of adventure you had in mind. Enter Barra Honda National Park, Costa Rica’s only subterranean national park and an absolute delight (and adrenaline rush) for adventure junkies.

But that’s not all. Unlike so many major cave systems in the world, Barra Honda has not been excavated, concreted, and sanitized for tourism. No, this is your out-of-the-box, genuine and thrilling caving experience – your chance to spelunk, climb, and belay your way through caves few have ever seen. Be sure to put Barra Honda’s most famous caves – Fer de Lance, Santa Ana, and The Trap – on your to-spelunk list, and check out The Organ (tap for sound!), fried egg formations, chalk flowers, and more! 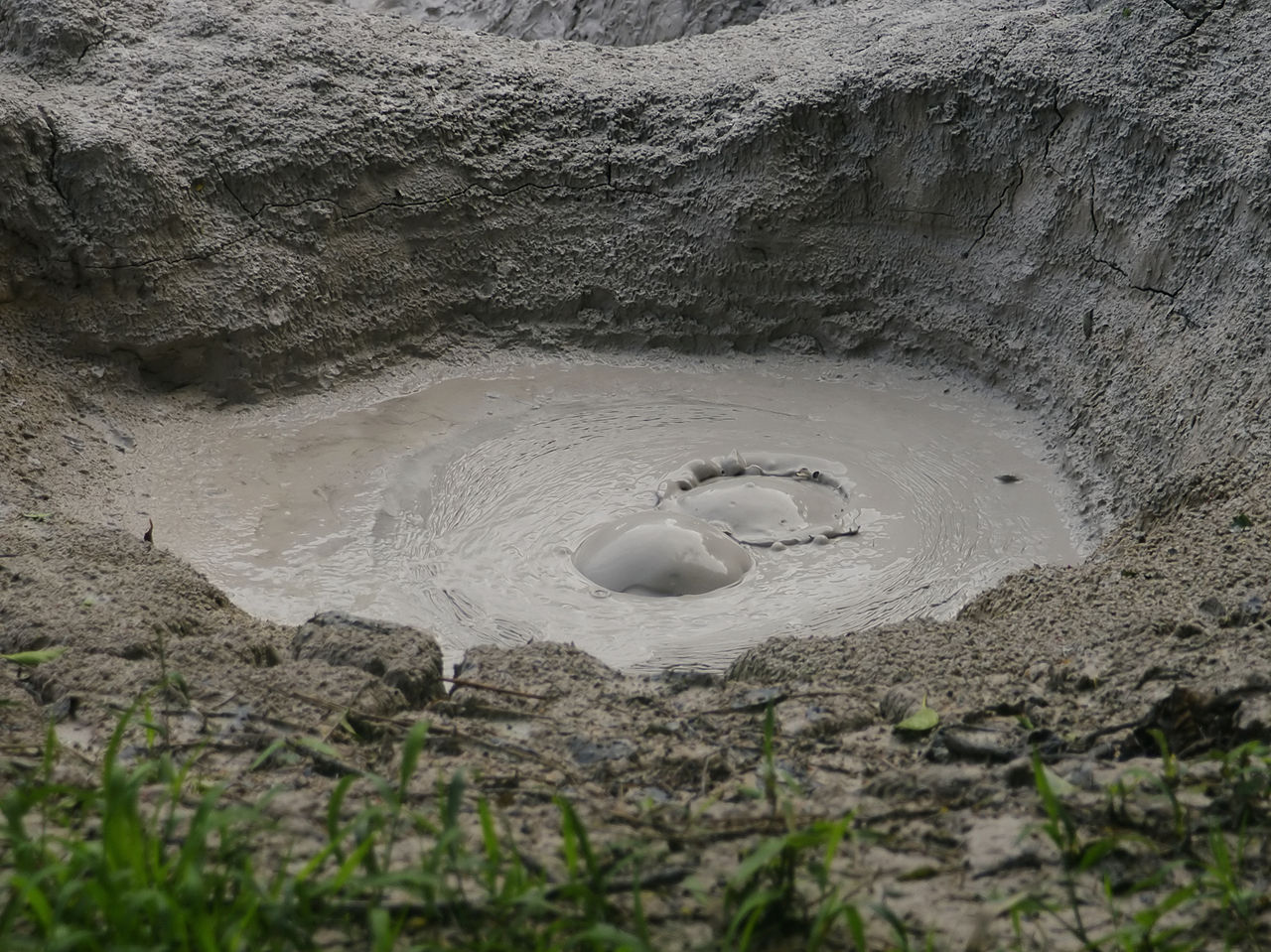 Where else can you hike for just an hour or two, and encounter such natural wonders as mountain-fed waterfalls, bubbling mud cauldrons, a mini volcanic crater, steaming fumaroles, natural hot springs, not to mention several trails that lead through cloud forest, into savannah, and ascend to a real, live, active volcano?

Nowhere but Rincón de la Vieja National Park, that’s where! This is truly a paradise for nature-lovers. Whereas nature in most parks is hit-or-miss – will there, or won’t there be a sloth in that tree? will you just so happen upon monkeys? – at RdlV, you’re absolutely guaranteed to see something special here. And then, you can top it off with a dip in natural, volcano-fueled hot springs, which have rumored medicinal and restorative properties.

And all that’s without even touching on the local flora and fauna which, while not guaranteed, can be incredibly exciting if you have good eyes and a bit of luck: two-toed sloths, white-faced, spider and howler monkeys, peccaries, kinkajous, tapirs, and white-tailed deer, among other sightings!

Let’s hop coasts to the Caribbean, home to our highly recommended Tortuguero National Park. It requires a bit of dedication to get here – it’s in the Northern Caribbean and there’s nothing else around, so you have to commit yourself to Tortuguero – but it’s so worth it. For the turtle nesting, among other things!

Yes, we said turtles. You’re probably wondering, hey, you’re in Tamarindo – home to Las Baulas National Marine Park and its impressive leatherback turtles – so why would you ever go anywhere else? It’s all about the species: Tortuguero National Park protects a 22-mile stretch of incredibly important beachfront, one of the most important nesting sites in the world for green sea turtles. (Depending on the season, you may also spot hawksbill, leatherback and loggerhead turtles, but green sea turtles are the real draw.)

And yet, Tortuguero is more than just turtle nesting. An intertwined network of natural canals snake through the park’s nearly 200,000 acres of marshes, wet forest, swamps, mangroves, lagoons and other habitats, giving refuge to more than 375 bird species and an incredible array of mammals, including endangered Baird’s tapir, three monkey species, and the elusive (and endangered) jaguar, among others. 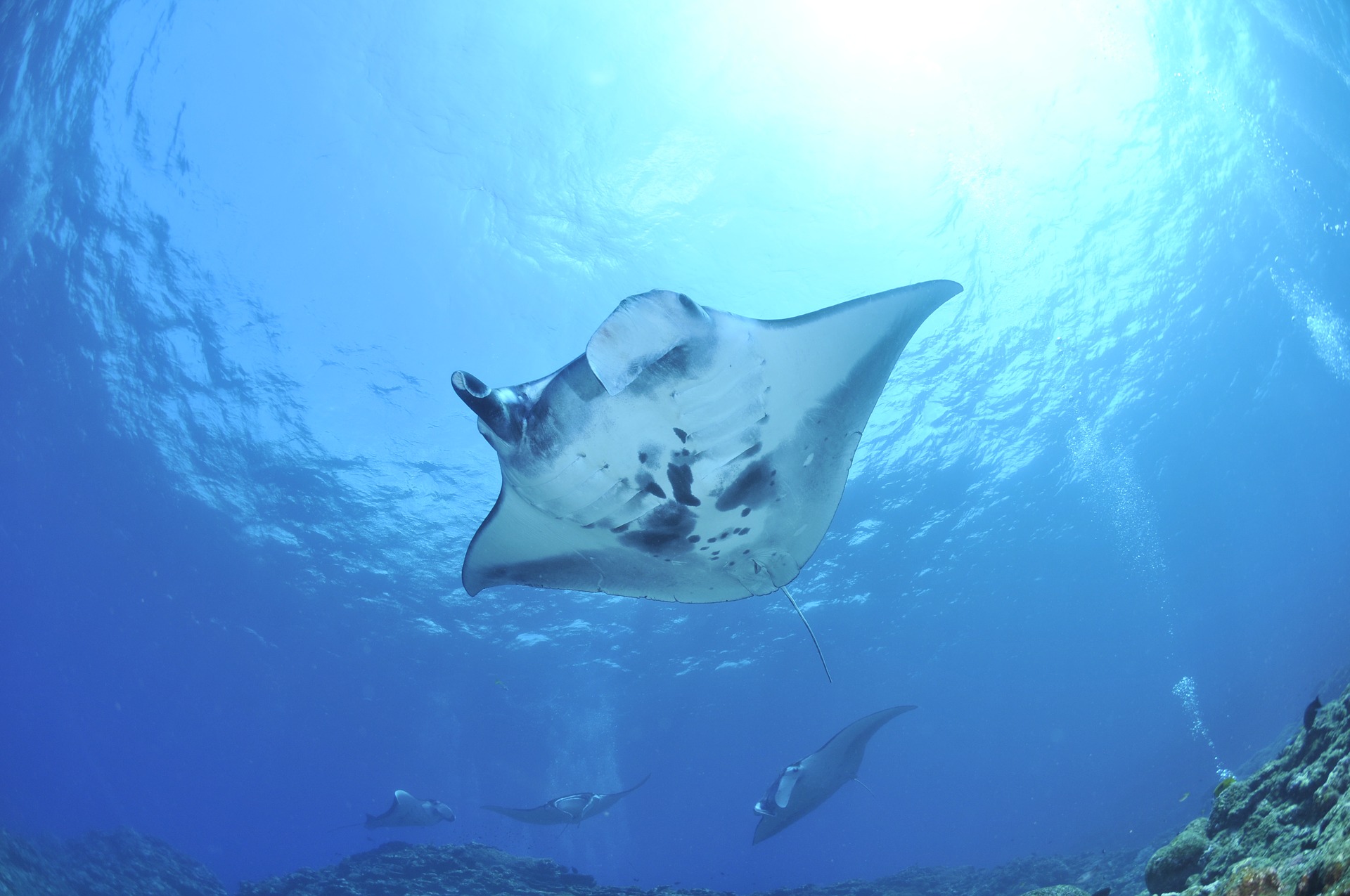 This could be your view, if you were in Gandoca-Manzanillo right now!

Skip down the Caribbean coast, until you can almost poke your toe into Panama, and you’ll find yourself in the Gandoca-Manzanillo Wildlife Refuge, nestled amidst sandy trails and secondary forests, coral reefs and lush jungle, white-sand beaches and turquoise sea, tranquil lagoons and rich marshland.

The Gandoca-Manzanillo Wildlife Refuge protects nearly 70% of Costa Rica’s southern Caribbean coast, but for us, the real draw is what lies off the shore: vibrant, living reef with more than 35 species of coral and 125 species of fish, not to mention all the other sea life that flocks to a coral reef: nurse sharks and rays, sea turtles and octopuses, lobsters and moray eels. It’s one of the top snorkeling and scuba spots in Costa Rica and, superlatives aside, it’s something everyone should see.

But we’re not done yet! If you’re looking for a really special, you-can-only-do-it-here kind of experience, then Gandoca-Manzanillo Wildlife Refuge delivers at Nature Observatorio, a treehouse observatory that literally hangs in the jungle. Not one branch was cut or one nail hammered to hang the treehouse, which hangs suspended on nylon straps. It’s magnificent and quite an experience!

You won’t find Bajos del Toro on most recommendation lists, but that’s not for lack of reason; rather, this small little region is off the more beaten of Costa Rican paths, and therefore slips by the wayside. But it shouldn’t. Because, if you’re flying in or out of San José, there’s no more authentic, lovelier stopover than Bajos del Toro.

At the confluence of extinct volcanos and Río Segundo, verdant valleys and rushing waterfalls, Bajos del Toro is best known as the proud home to Catarata del Toro. Widely regarded as one of Costa Rica’s most beautiful waterfalls, this graceful cascade roars off a mountain, plunges down moss-covered and mineral-streaked cliffs, and pours itself into a blue-tinted pool below.

If you have more than a day in the area, Bajos del Toro offers access to Juan Castro Blanco National Park and Poás Volcano National Park (hopefully re-opening in June 2018), both of which offer walking/hiking trails, misty cloud forests, and plenty of scenic viewpoints. 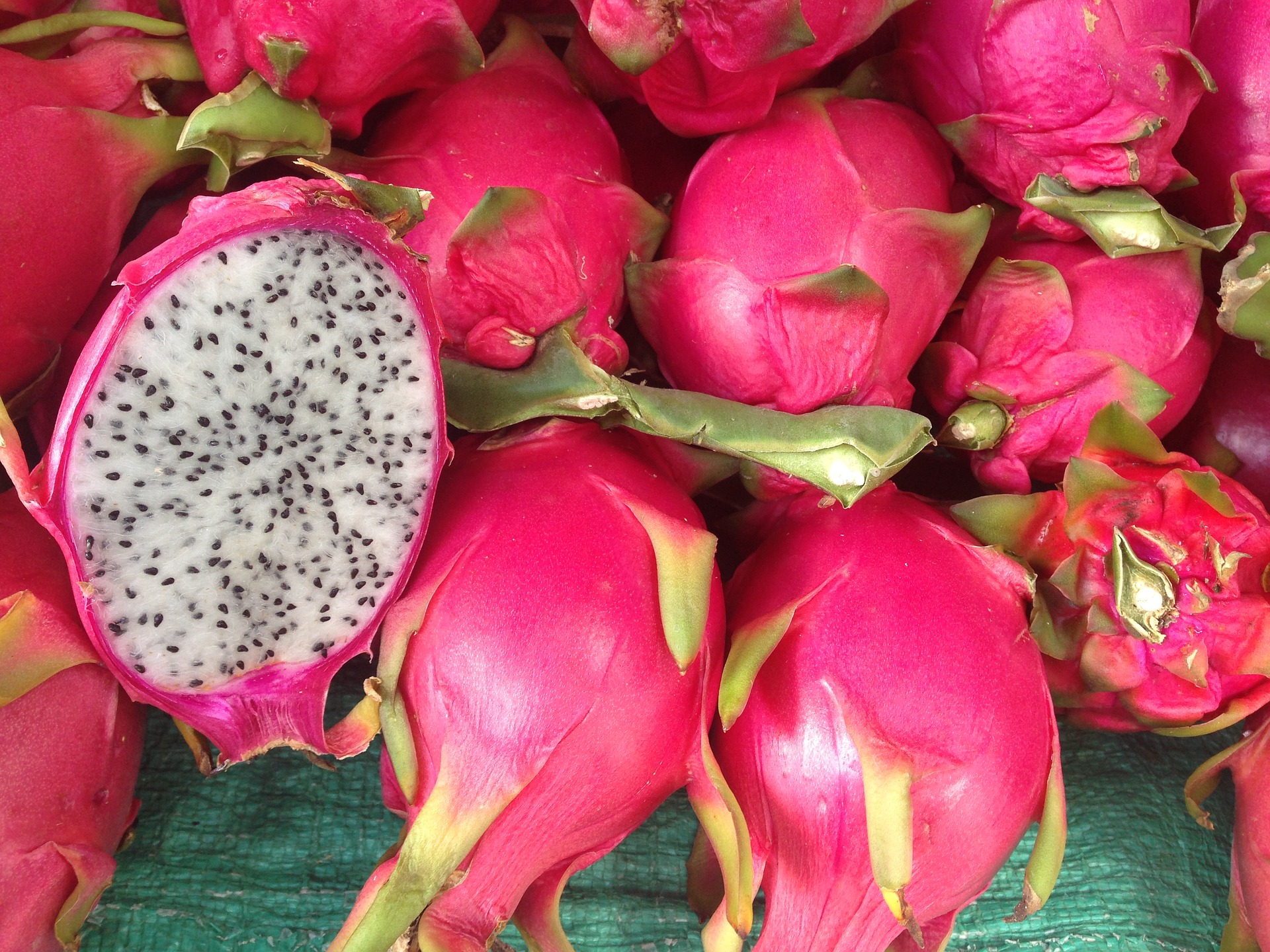 What am I? You’ll find out at the feria!

You’ve probably heard that you should indulge in Costa Rica’s fresh produce. Well, we’ll take it a step further: you should visit a feria, or farmer’s market.

Strolling the stalls, handling dozens of new-to-you fruits and vegetables, ordering a fresh breakfast at the stand, and discovering local, artisanal products (yogurt, tortillas, and empanadas, among them) is something you shouldn’t miss!

If you have any questions or need help booking a tour, get in touch via email or call us at (754) 222-1884. Our dedicated, in-house concierge, Cris, is happy to help with information or bookings – absolutely free of charge!