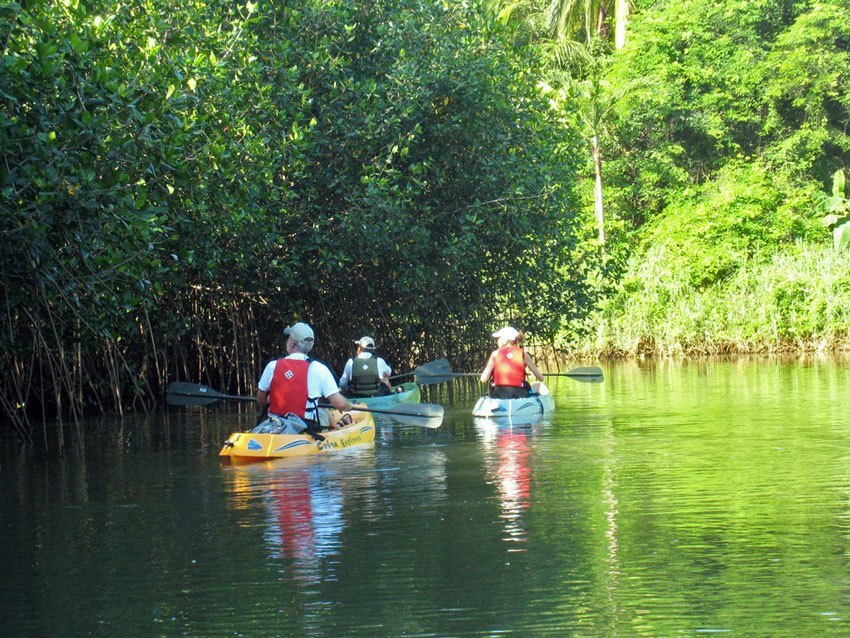 Take a kayak tour into the wilds of Tamarindo Wildlife Refuge

We admit it freely: We love our wildlife refuge! Even more so because it encompasses our entire coastline. Indeed, almost anywhere you walk on Tamarindo’s beaches, you’re walking through the Tamarindo Wildlife Refuge.

But it’s about a lot more than just the beach. Indeed, while – in wildlife refuge terms, at least! – the beaches serve as important sea turtle nesting sites, there’s more to see here. More, to the tune of incredible mangrove forests, connected through winding saltwater and brackish canals. It’s wildlife central and it’s right in our backyard, if only you know where to look.

Tamarindo’s mangroves are wonderfully different from other coastal attractions

There are two basic attractions within Tamarindo Wildlife Refuge: beaches and wildlife!

Let’s start with the beaches. There are three, from north to south: Playa Ventanas, Playa Grande, and Playa Langosta. Known for everything from swimming, to sun-bathing, to surfing, to wildlife-watching, each holds true to the promises of Tamarindo’s beaches.

But you don’t go to a wildlife refugejust for the beach, right? The main draw here is the wildlife, and there is certainly wildlife aplenty! We’ll start with the lumbering leatherback sea turtles – did you know they can weigh as much as a VW Beetle?! – and also mention that you could additionally spot green sea turtles, olive ridley turtles, and hawksbill sea turtles here. (Prime nesting season: October through March)

In fact, it is thanks to these gentle giants that the Tamarindo Wildlife Refuge achieved its status: The refuge protects several important nesting sites, including Playa Grande (also part of Las Baulas National Marine Park).

Other common sightings include American crocodiles, white-nosed coatimundis, howler monkeys, basilisk lizards (aka Jesus Christ lizards, as they can walk on water!), and a bevy of waterfowl, including several species of herons, ospreys, egrets, and kingfishers. 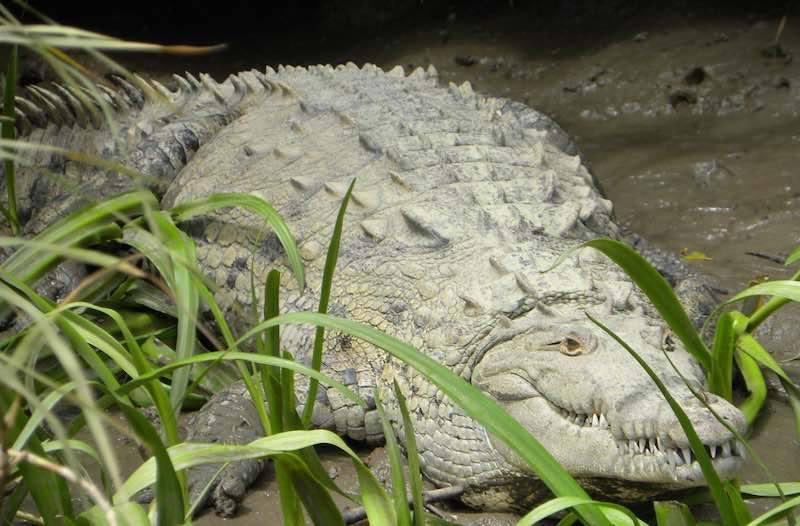 I spy with my little eye…

Walk down our beaches, and you’re already in Tamarindo Wildlife Refuge. Indeed, if all you want to do is grab a sandy seat in the shade and wait for the wildlife, then we applaud your vacation mindset.

But, if you’re itching to really get out and explore, then we highly recommend one of the guided boat and/or kayak tours through Tamarindo Wildlife Refuge. Not only are they a fun and exhilarating experience – the 1,000-lb crocs can be as big as your kayak! – but they’ll give you an insider’s peak at the refuge’s serpentine canals, mangrove forests, and other hidden corners.

There are no public facilities that belong specifically to Tamarindo Wildlife Refuge. That said, since the refuge abuts Tamarindo downtown, as well as Langosta and Playa Grande, you can always pop into town for refreshment and other needs.

Additionally, the refuge overlaps with Las Baulas National Marine Park, which offers a ranger station with some facilities.

We’re back with our EASY BUTTON! We’re happy to book a kayak or boat tour for you. And we’ll make sure it’s the besttour of its kind, currently available. Just name the day and our in-house concierge, Cristina (send her an email), will book it on your behalf, no upcharge or fees!