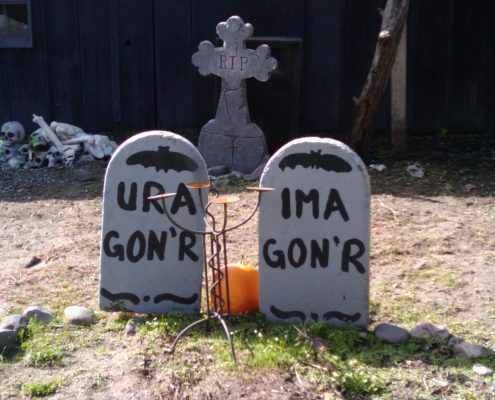 Are you ready for this level of epic? Welcome to Halloween in Tamarindo!

Packing for a visit to Tamarindo? If so, did you remember your wart, your witch’s hat, and your pointy buckled shoes? Because if you’re here for Halloween, you’re going to need them. And even so, you may still be underdressed. Because a Tamarindo Halloween is a serious affair.

For years, Halloween in Tamarindo has been a Big Deal. Arguably, the Biggest Deal of any town or city in Costa Rica.

Traditionally – and by that, we mean up until very, very recently – Costa Rica hasn’t been much for Halloween. It is a pagan holiday, after all, and Costa Rica is a Catholic country.

Perhaps even more importantly, though, Halloween simply isn’t a historically Costa Rican holiday; it didn’t catch on and was not celebrated as a part of the culture. (By the way, neither is the Day of the Dead; that’s a primarily Mexican holiday.)

In the past decade or so, however, Halloween has gained a bit of momentum in Costa Rica. Some kids dress up. A few gated communities, mostly those centered around San José and the Central Valley, welcome trick-or-treaters. A few shopping centers do, too. The Parque de Diversiones, Costa Rica’s major amusement park, hosts a few tame scares.

But still, in most of Costa Rica, October 31 is not what you’d call a Halloween party.

A Tamarindo Halloween: The Biggest Party in Costa Rica

It’s no secret that Tamarindo knows how to throw a party. An EPIC party.

So, it should come as no surprise that, despite the heat, the humidity, and the possibility of rain, Tamarindo Halloween festivities are not something we take lightly.

It starts with our community. Multicultural and world-traveled, many Tamarindo residents and visitors have experienced Halloween the way it’s meant to be experienced: heavily costumed and preferably scared out of one’s wits. With a generous side of something sweet. And maybe an adult drink.

First things first: it’s not likely that you’ll get trick-or-treaters to your Tamarindo vacation rental, so you can skip stocking up on candy. (Or not. We won’t tell anyone who ate it all!) But, if you venture out on October 31, you are likely to see plenty of costumes.

It’s not just costumes, though: Halloween in Tamarindo is a night of festivity, revelry, and fierce competition. Public parties and costume contests – there lots of them. And did we mention, cash? That’s right, every bar, club and even a few restaurants will offer cash prizes to the best, wildest, and most inventive costumes.

So, as we said, pack that witch’s wart. Shop for a Halloween bikini. (One has to exist, right?) Use your imagination. Think big. But, a quick tip: go easy on the heavy makeup (it’ll melt) and ditch the traditional cold-weather costume (you’ll melt). Easy and breezy is the Tamarindo Halloween way.

Whatever you do, don’t phone in your costume, just because you’re on vacation in the tropics. Because you’re not in just any vacation spot, and Tamarindo isn’t just any tropical town: We are THE destination for Halloween in Costa Rica.

We’re going to go big. It’s going to be a party. And there is money to be won.